If you closed your eyes while in my house, you would think we live on a farm. We live at the base of the white tank mountains and the houses to the South of us have acreage so there is both domestic and wild creatures everywhere. Early this morning, around 3:00 AM I was woken up by the hoots of an Owl, so loud that for a moment it seemed the sound was coming from within my bedroom. As I lie there listening to the beautiful haunting hoots, it started to sound like it was two Owl’s, but I was too cozy to get up and look. I drifted back asleep for a while and slowly started to wake back up just after 6:00AM. A few minutes after I wake up the neighborhood Rooster does the most half hearted  crowing I have ever heard. He usually proudly yells his “Ehr, ehr, ehr, ehr, ehr!!” loud enough to wake up the most soundly sleeping creature. But this morning it was as if he cracked open one eye and blurted out a quick “Ehr, Eh” and just went back to sleep. About 15 minutes later he cracked out another weak “Ehr” and he was done for the day. Maybe they had a party last night or something? From time to time the neighborhood Peacock’s like to mess with the rooster and they scream out their “may-awe” just about a minute before the Rooster has a chance to crow. He gets super p/o’d and starts crowing like crazy all the while the Peacock’s are still screaming and the Rooster is trying as hard as he can to crow over their screams. This will go on until one of them gives up and goes silent. Right after that I get a few moments of the little birds around the neighborhood doing some wake up tweeting and the quail usually chime in for a few minutes and then it is time for me to get up and going.
The other neighborhood animal event you could set your watch by is the descending of the Coyote’s from the  desert, to the easy pickings of the homes. They do this every morning and every night. If you have ever heard a Coyote pack howl, it is more like a girl shrilling, an absolutely terrible sound that offends every domestic dog within a mile. The dogs begin to howl while the Coyote’s are screaming and the volume gets louder and louder, sounding more panic filled and alarming, until all at once it crescendo’s and instantly stops. It is so strange how coordinated it sounds, like natures symphony.
Then it is time for some exquisite coffee and I am ready to face the day. I am so happy I can enjoy each and every one of these things to the fullest without spending that time worrying about work issues or what is going on in other State’s that will effect my day. For once I get to live in the moment and so happy about that. 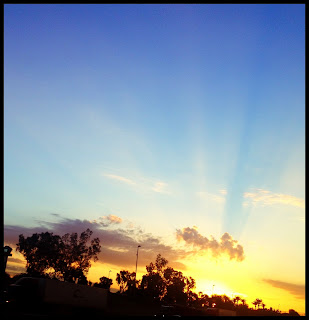 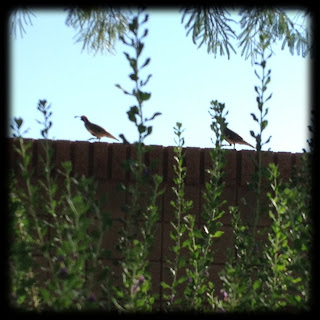 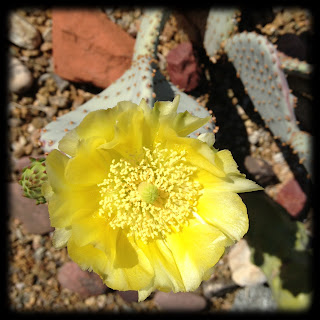